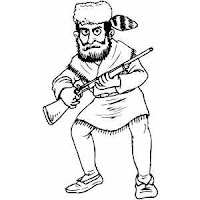 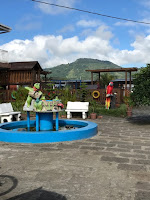 I am writing in one of the covered patios—the one next to my room. People come out and want to talk to me while I write. I have long conversations with everyone in the family, including, Harold, the owner, and Harold, his seven-year-old son. After an about an hour with Harold II, I tell him that I need to write and I have enjoyed talking to him. At seven, the woman who works her (and talked to me for at least two hours) brings me dinner, piles of rice and beans, chicken, lots of cheese, mango, pinapple, and bananas (seems a staple fruit mix). I eat my dinner quietly. The night comes quickly. I talk to Lola for a while, and now I’m heading for bed. It has been a mixed day: some good and bad driving, ending in the search for a place that will accept Lola.
I have often thought of how foolish it was to bring Lola with me on on this trip. She costs money at each border (usually about $40.00, with the exception of Panama), and she makes it hard for me to find a hotel. But I love her and I love having her with me. At the end of the day, when I have found a place, no matter how low-life it is, she lies quietly on the floor while I write, and I am glad she is with me. I think what I just wrote is what love is all about.

Goto Day 11: The Meaning of Home