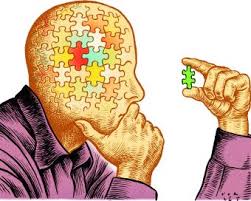 I have had a series of conversations lately, and I have to write them out. One was at a PWPA meeting, the session focusing on research (papers) with aligned discussions about teachers working with librarians. The conversation went a little sideways in illuminating ways, one of the present librarians expressing with verve her frustration over being held to account to make sure that students were masteringthe nationally adopted objectives for librarians: 6 or 7 reasonable goals that somehow have in the minds of the librarians been converted into objectives that the librarians through assessments were required to prove students in their universities have met.
The librarians were teaching lessons in the FYW classes with friction against the teachers because the lessons seemed disconnected from what the teachers were doing. The speaking librarian pointed out that she was being held to account; that her tenure (she felt) was linked to her ability to demonstrate her effectiveness(metaphor here).
My friend, Val, sitting next to me, said the tail’s wagging the dog. Ok—here’s where I’m going. The system, in its imperative to reproduce the existing social structure (a set of privileges), drowns players (actually, I think it’s more like waterboarding) so that they are just fighting for air to the point that they can’t think critically (forgive me—read my chapter in Going North, Thinking Weston critical thinking) about their immersion.
I have had another related experience—and I ask for forgiveness here, because I’m imagining I know something that seems like contrarian knowledge. I don’t want to go too deeply into this, but let’s just say within a certain group, I seem to be ruffling feathers. This conversation can go in several directions, but I’m aiming for one.
One of the members of the group brought up Kuhn and thought experiments—this is also connected to Rawls, whom I seriously don’t like to read. A thought experiments invites “thinkers” to imagine everything they think they know they don’t know. So let’s try this:
In FYW courses (and more broadly, in writing studies), our strategies for teaching have been overdetermined by some assumptions that if looked at from another perspective seem, well, like believing the earth is flat because that’s what it looks like (or maybe like giving us a job).
So let’s try this as a thought experiment:
1.     Research papers and all the citation stuff (and plagiarism junk) is simply wasted instruction, helping to create a negative attitude toward writing in students and a negative attitude toward students’ abilities to write. Let’s imagine: in their post collegiate lives, most students will not be writing these weird things. They’ll never be citing or creating works cited again. And so …..?
2.     Let’s imagine that “argument” as a pure genre is also a discourse form in which students after they graduate will never again write. Any yet, it’s the dominant genre in FYW programs and in assessment protocols.  Can we do a little historiography and excavate how this “rhetoric” came to be? (as well as disadvantaging social groups not trained to this middle-middle- and upper-middle class way of thinking and writing? [another of my chapters in Going North)
3.     Let’s imagine that we don’t as teachers have to prove to external stakeholders that we have clear (let’s call this the positivist assumption) objectives and assessment structures that prove or disprove that we are or are not meeting them; i.e., that because we are writing teachers, we can be trusted to do our job.
4.     And let’s imagine that as writing teachers, we are devoted to imbuing in our students a positive attitude toward writing—that as a first among equals (Elliott, 2016 or so), that is what we are teaching—and not doing by the research and argumentative structure agenda.
5.     And that we do not have to teach our students how to survive writing assignments teachers in other disciplines (themselves drowning) prescribe (let’s imagine that instead of the 20 page research papers, which they hate to read, they use writing as a way of learning and communicating).
6.     And let’s imagine that attitude toward writing counts (largely ignored in almost all academic articles about teaching writing).
7.     Let’s imagine that we want our students to be writers for life, not just for getting through what we got through–and so think they need to get through.
A thought experiment. The point being, everything we thought was true wasn’t, one of the better definitions of critical thinking (John McPeck, Critical Thinking and Evaluation.)