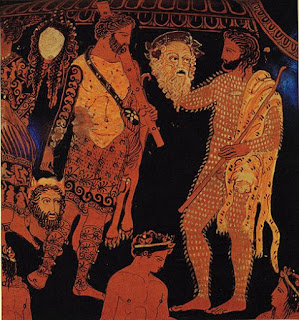 I have been listening for days to CNN commercials applauding their “superhero” program.  I have only recently begun to watch TV with some interest, a consequence of the 2016 Presidential campaign, so what I know about the superhero project has been shoehorned into those CNN advertisements with Anderson Cooper and Kelly Ripa.
The advertisements are almost convincing, effacing the hypocrisy, contradictions, and social programming underwriting the Cinderella metanarrative: the socially recognized heroes discovering the everyday heroes who unless discovered by the anointed like Cooper and Ripa would go otherwise unannounced. This storyline is that the Coopers and Ripas of this world are not the real heroes (although, really, we know, they are); the everyday people, synecdochically represented by the “superheroes,” are.
This superhero narrative is a head-fake strategy familiar to social stratification and mobility theorists, particularly those critical of the capitalist enterprise. Uncovering its function doesn’t call for a deep interpretation: a small percentage of a particular culture has, as if it were a tribe, retained for itself and its descendants a radically disproportionate percentage of social, cultural, educational, symbolic, and economic capital.
To maintain (and increase) these inequalities in a putative democratic, capitalist culture, we need these head-fakes, pretenses of a meritocracy, games within which participants are sucked into the illusory approximation of a zero-starting line.
My interpretation of head-fakes is not news. It is the foundation of Althusser’s theory of Ideological State Apparatus (ISAs). I could have collapsed the previous seven paragraphs into one claim about the CNN Superhero program as only one more in the long list of ISAs that work to naturalize inequality.
I can’t fully explain my visceral response to the CNN Superhero project. I am probably offending readers because on the surface, this program seems laudable, spearheaded by the likeable, self-effacing Cooper. One might claim he is a star/hero because of his heritage, being the son of Gloria Vanderbilt. He has, one might also say, made it on his own. He is clearly one of the more competent of the current swath of news broadcasters imagining their functions as filtering for the masses some semblance of social and political reality.
Cooper and Ripa have, I think, unselfconsciously embraced the project identifying the “superheroes,” the extraordinary ordinaries, those who give their lives to others with little or no attempt at gaining hero-status. I have my own “superheroes” whom I emulate, people whose names no one would recognize. There’s an odd tension here: almost as if you lose your hero identity the moment someone spots you (think Dylan).
I would like to end here, paying tribute as if through a broken mirror to whomever CNN will identify as hero of the year—and to whom it will award $50,000 to be used to continue his or her good work.
But let me mention how the program would have perhaps rescued some of its authenticity by refraining from its too-frequent advertisements foregrounding this project and CNN’s generosity.
And let me suggest that this hero/superhero narrative contributes to the mis-election of people like Trump as our leaders. Augusto Boal explained the function of hero-worship within his critique of traditional theatre, the actors absorbing the gazes of the audience as a magnifying lens concentrating the parallel rays of the sun into a burning focal point on the stage, the actors gathering the collective egos of the audience into themselves to become larger than life, the audience in turn living vicariously through the staged life of the hero rather than through themselves.