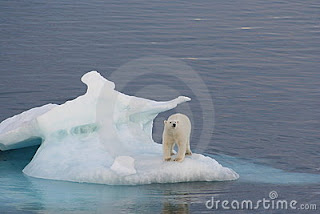 The TV journalists and pundits are busily ventriloquating their “insights” about how the American people are tired of this campaign, that they just want it over. They are not, however, speaking for me. I do not look forward to seeing this election end. I have perversely enjoyed it. I can’t help but wonder whether there are other political perverts like me.

I have read these campaigns as an index of American culture. It has been like an iceberg: the campaigns are what we see, but the culture is what is below, floating the visible index of itself.

Like others, I suppose, I have been fascinated by Trump’s bald narcissism (see previous post) and by how social class issues have more or less been turned upside down, by the way in which he, a privileged member of the elite class, has lately framed himself as a champion of the working class. Who would ever have imagined the Republican party as champions of the working classes???

I could note the irony–but more important, Trump has gone beyond the more common refrain about the so-called middle class. His populist pose is a clear con-game, but it has caught on. His has really been a fascinating performance, which is perhaps why we like to watch him; it’s like watching something obscene, which is perhaps why it’s fascinating.

Although it has taken me time to embrace HRC, I am fully behind her now. I have learned to respect her by reading more about her. I wish that like Trump, she could break through the rap about the middle-class, but nevertheless, I think she will prove herself as president, and I’m really excited about the possibility that she’ll win. Most readers of this blog are probably Clinton/Sanders supporters, so I won’t belabor Clinton’s qualifications for being our first woman president. Jonathan Cohen has made the case more coherently than I ever could.

Also unlike the majority of TV journalists, I think we are headed for more good times. Barack Obama has been extraordinary. I regret that his terms are over, but I trust that Clinton, pushed by the Sanders progressive faction, will carry his good work forward. She will also pay attention to the social discontent (and social-class based) Trump’s populism has catalyzed. I believe she is uniquely qualified to bring the seemingly contradictory factions of our country together, leading us to understand ourselves by understanding each other.

That’s why I am so hopeful and feel excited about this election and its consequences. Although I don’t want this electoral phenomenon to end, I can’t wait for tomorrow.