Apologies for a political post. I can’t help myself. We are in a defining moment. I’ve almost forgotten about teaching.
———– 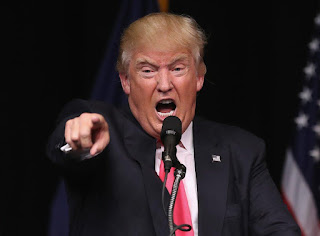 Psychologists are trying to explain Trump’s “cognitive dissonance.” But they are ignoring classic studies in stratification theory–Pierre Bourdieu’s Distinction, being the classic. Bourdieu characterizes the elite class (of which Trump is one–born into it rather than as he imagines having made his way into it) as having (paraphrase) an overwhelming belief in consonance between the way they see the world and the way the world is.

Basically, the lower classes don’t contradict them. In addition, the lower classes (this is classic Freire) emulate the upper classes, want the see themselves as overseers. They rescue their diminished sense of themselves by identifying with those who are the “boss,” who see themselves as always right. Bourdieu says the elites are born into a world that trains them into ways of making their projections of themselves be reality; the way they see themselves is the way the underclasses see them. They are born into what could be called this kingly privilege and simply can’t understand others who don’t see the world the way they do. We might look to social class theorists like Bourdieu to understand how Trump has duped (he probably   doesn’t know he is doing that) nearly half of America to see what he sees and the way in which he sees it.

Freire writes about some related concepts that help explain the trump phenomenon (and it is a phenomenon): three of which I won’t go into, are 1. lateral violence; 2. divide and conquer; 3. necrophilia. The latter is fascinating–the “boss” entering into the head of the subservient, eating out, as it were, the subservient’s concept of self and replacing it with how the “boss” sees him or her. The consequence is that the subservient engages in activities and ways of seeing “through” the boss’s eyes and thus in some sense  gets to see him or herself as the boss. Just thought I would put this out there.
[Sidenote I am trying to imagine the U.S. being led by Trump (like compared to Obama!!). Whew!