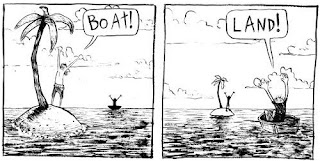 I’m going to make a detour. I usually write only about educational issues–well, in a sense, this is an educational issue. We are teachers. How have we uneducated so many people who would vote for president Donald Trump? This is a serious question. I don’t want to make this post too long, but let me suggest a return to Dewey’s hope for education (Experience and Education).

I have read tweets (me as a recent tweeter) on the debates. The general logic in these tweets should make any educator shudder–as might the discourse level of the conversation in the debates.

Let me address one issue: the class-based ontology of Trump. He was born into the upper-class. Stratification (class) research documents (Bourdieu) social-class characteristics. These aren’t determined; but they are general, established by wide-ranging surveys and interviews. Upper-class people/children are taught that what they say is true, is true. They expect the lower–classes to accept the claims, they, the members of the upper class make. There is a religious link to this claim that I won’t go into (who is closest to God).

Trump is displaying his class. If he says something is true, it’s true. Because he has been born into wealth, he has been conditioned to believe in his infallibility. And he expects everyone to fall in line with his claims. If they don’t, he goes into some kind of kingly rage.

The political conversation–well, really, I can’t fathom it. I try, but I can’t. It has something to do with anger, race, class warfare, divide and conquer. As a working-class academic, I do not respond well to Trump’s upper-class ethos. I also have my problems with Clinton–she should have known better than to vote for that Iraq war amendment. But I have made my mistakes, too.

I am disheartened by the mudslinging tenor of this presidential campaign conversation. But I think at the end, voters should consider the tenor and temperament of their president. I don’t want a president who can’t imagine he or she on occasion has been wrong.