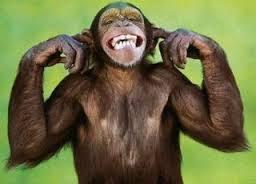 I have  been communicating with some first-rate teachers, most of whom are—as I was—a non-traditional graduate student. Generally, that means we were first-generation and didn’t transition smoothly from undergraduate to graduate school. So we were late-arrivals. I won’t go into all the complications involved in being a late-arrival (linked to James Paul Gee’s notion of being true first-learners), but they often involve marriage, careers, locations, geographical dependency, children.
[An aside: I recently had a conversation with a close friend, born to wealth, who had no idea of what a first-generation student meant.]
I have been wondering how being a first-generation PhD (much less baccalaureate) shapes the new professor’s attitude toward academic discourse and the resistance or capitulation to it. This is just a question. I would assume first-generation PhDs might resist, for obvious reasons, more than old family PhDs, the genuflect to academic discourse (Gary Tate was a revealing exception).

I realize that by saying “genuflect,” I betrayed myself. Still, my suspicion might be worth considering. I have a deep-seated resistance to “academic discourse,” a discourse than announces itself as being other—exalted.
I remarked in a political diatribe elsewhere how people are basically monkeys. We hear chatter that seems to work, and we ventriloquate the chatter so that others will mark us. We of course love to imagine that our chatter is new, but it’s mostly chatter.
I wonder whether the more privileged classes intuitively know the secret of chatter and whether first-generation professors don’t.