The following is a brief more or less reflective essay. I asked my students to see what they could come up with in 60 minutes of writing, and I thought I would do the same. So here’s what I wrote in 60 minutes about de-voicing: 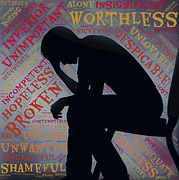 All writers and writing teachers think about voice. Academics are usually quite silly about it—arguing about whether there is any such thing and if there is, what it is. As both a writer and teacher, I have considered voice central to my teaching and writing. Because I study and write about social class, I have linked voice or de-voice to social-class issues. My lack of voice was certainly tied to my unease with my social class origins—rural and decidedly working-class.
My early years were on a small Wisconsin dairy farm with seventeen cows and eighty acres. I lived with my parents, two siblings, and grandparents and their December child in a three-bedroom farm house. It was probably about sixteen hundred square feet. We lived close. We didn’t have indoor plumbing, much less a telephone.