by ipeckhamPosted onMay 7, 2016
The following is a continuation of the discussion in WPA-l about the importance of student attitude toward writing. I think of the topic somewhat intemperately as fake verses real writing.  I also interpret this as writing as communication, expression, or discovery verses writing as a performance.
========== 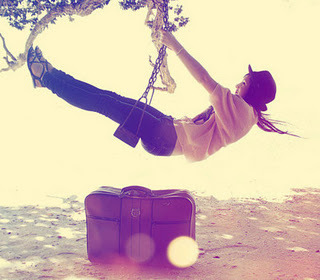 It’s probably healthy that we have such an array of positions on the importance of students’ attitudes toward writing. I don’t think the range of our attitudes toward their attitudes represents a false dichotomy, Ed. I think of it as a continuum with all sorts of words one could use to represent the left side (soft, elastic, female, nurturing, subjective, personal, yin, and so on) and likewise on the right (hard, rigor, male, discipline, objective, impersonal, yang . . . [Peckham, “The Yin and Yang of  Genres”). The words we use obviously frame our thought (Lakoff, Elephant) as we attempt to control the discussion along ideological, political, gender and social-class lines.
Ours is obviously far from a new discussion—one that tends to move glacially, if at all. I track it back to Whately’s introduction of the Summer Vacation (about 1828) topic because he couldn’t stand to read any more declamations (I know the feeling). The Dartmouth Conference was certainly an important moment in this discussion. We don’t seem to have moved too far off that discussion, some of us siding with Moffett and the British, others lining up with Kitzhaber and the Americans (I know: that was framing).
I have been heavily influenced by the 60s, Moffett, Britton et al., Freire, Elbow and others who line up on the importance of a student’s affective experience. Any one of us falls somewhere on multi-dimensional continuum. I think of a continuum in terms of the disposition map Bourdieu created in Distinction. I for, instance, spent the first three years of my life in a single-mother household and had a contentious relationship with my father, a stern authoritarian, after he returned from the war. So guess where I land on the continuum? And I imagine my position is the consequence of reason:-).
David opens up the old discussion—hmmmmm, why are we requiring FYC? We can of course make up all sorts of reasons (and we have), many of them having something to do with justifying our jobs, salaries, and research time (and having about 50% of this very important required writing course taught by part-time teachers). It’s always worth rereading Crowley (personal)—another good read here is Tom Miller and Brian Jackson’s “What is the English Major for?”—somewhat ironically in the same issue as Doug Downs and Elizabeth Wardle’s manifesto (bookending the CCC issue—I’m sure Deborah Holdstein had that in mind.
This is already too long. But let me suggest (with the illusion that I’m thinking [Peckham, “The Stories We Tell”]): check with your students at the end of the course (better, do a program-wide survey so that the answers are disconnected from the teacher). Survey the degree to which students enjoyed the course, the writing they did in the course, what they did of didn’t like about it, and what they learned about writing in the course. I’ll bet (again, thinking I’m thinking) that if they didn’t like the course and didn’t like the writing . . . well, I’ll leave it there. But let me recommend John Tagg’s The Learning Paradigm College (the importance of engaged learning), Dewey’s game theory in Experience and Education, and probably Mihaly Csikezentmihalyi’s Flow and consider what they have to do with teaching writing.
The most important move I’ve made in my own illusion of thinking bends back to David’s discussion: I have moved away from the focus (and necessity of) academic discourse (again: remember Elbow’s dissection of that genre) and toward teaching writing for life. I think writing is a gift, like language. If we turn our students off from writing, we should perhaps ask ourselves some hard (sorry) questions.  See Kaitlyn’s essay.