by ipeckhamPosted onMay 5, 2016
After my 2016 CCCC talk (posted below), a friend took some exception (it was a quick conversation) to my use of the term, “school” writing, noting that the kind of writing my students (and let’s say Lad Tobin’s) students do is also school writing. We were both on our way to somewhere else, so I said I would write a response.
I’m reproducing an edited version of my letter to my friend below: the subject is “school” writing vs real writing (I know that many people will challenge my use of “real,” but there it is).
============= 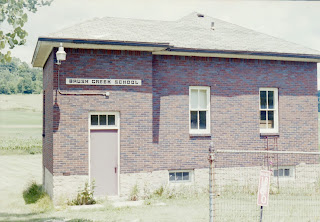 Yes, of course, the writing my students do is “in school” and can consequently be called school writing. In my talk, I was using “school” as an adjective, a generally pejorative one. If by “school” writing, we mean the kind of writing Moffett and teachers like Lucy Calkins encouraged, then “school” was not what I meant. Let me use instead my other descriptions: fake writing, or writing as performance, or Engfish. You can pick my adjectives or phrases apart as a way of deflecting meaning. But I think you know what I meant.
If I can’t describe the differences through adjectives, I can use examples. I can give two examples written by the same person: one an essay written to be read by her classmates and me (and not graded); the other an essay written to be graded by a teacher. I’ll bet you’ll know which is which and through those examples, what I meant by “school” writing. I could also have called it academic discourse, but both of us have read Peter Elbow’s definition of that.
============
Sample 1:
In this paper, I will analyze dialogue between the recently converted Helena lover, Demetrius, and the lady herself, Helena, from Act III, scene ii, lines 137-161 of Shakespeare’s A Midsummer Night’s Dream. This conversation occurs as Demetrius is awaking from a night of sleep in the woods when Puck puts the love potion in his eyes, causing him to fall in love with whoever he sets eyes on when he awakes. He wakes to see Helena arguing with Lysander about his own newfound love for her, also Puck’s doing, which Helena claims cannot be true. After the chosen passage of dialogue between Helena and Demetrius, the young men continue to state their cases of love for her and not Hermia as Hermia herself enters the scene, and the four young Athenians find themselves in a heated conflict full of raging emotions of both hatred and love.
The diction in Demetrius’ confession of love to Helena shows the adoring tone with which he begs this “goddess” to “let [him] kiss” her hand (137, 143).  She is suddenly his “love” that he would consider kissing “a seal of bliss,” obviously head over heels (138, 144). The specific word choices in Helena’s response convey a tone of apparent self-pity in juxtaposition to that of Demetrius . . . .
Sample 2:
In The Middle
“Nobody pays attention to anything in the middle,” Dr. Peckham stated matter-of-factly after a few moments of receiving uncertain stares from the portion of the class that was listening. He had just asked the most important part of the sentence is—beginning, middle, or end—which was a part of the next chapter we were assigned to read out of Joseph Williams’ Style. This simple statement immediately provoked emotion inside of me. I’m in the middle. I’ve always been in the middle. And I’ll always be in the middle.
When I was younger, I didn’t understand the middle. In fact, I really disliked it. I didn’t know how I fit into my family of an older sister and a younger brother. I always heard the stereotypes that the oldest is the natural leader, the one who forges the path and makes the mistakes so the younger siblings can learn by example. The youngest is the baby, and is treated accordingly—spoiled, loud, and could usually get away with anything. These stereotypes held true in our home for the most part.
Then there’s the middle child. I became the poster child for Middle Child Syndrome . . . .
==============
One of my favorite examples of non-school writing is Kaitlyn’s at the end of the book my students wrote, Writing Ourselves into Each Other’s Lives.  To me, Kaitlyn’s essay is powerfully moving. It was also powerful to the students in our class. That’s why they chose to make hers the last essay in the book.
By school writing, I did not mean Moffett-school writing; I meant – I hesitate to qualify with a negative adjective naming someone: let’s call it writing-about-writing or everything’s-an-argument or they-say-I-say school writing: the kind of fake writing (“Imagine that you are writing to  . . .”) handed in for a grade and that teachers put off grading (very much as the students put off writing). I know it is currently uncool to buy into value-dualism these days, but that latter school writing seems to be the wrong way to teach writing.