“The only thing that interferes with my learning is my education.” Albert Einstein?–I didn’t check it.

I have hundreds of essays that demonstrate that students can write quite well. I often see what T.R. Johnson recounts in On the Rhetoric of Pleasure: students frequently do their best writing when it simply springs out of them in response to a discussion or the teacher simply asking them to “write for about 15 minutes on  . . . .”, the students knowing that what they write will be read and responded to by the other students in the class (and non-graded).

I was really struck by the following essay. I had simply asked my students to view Ken Robinson’s TED talk on creativity and then give me an hour to write in response to the following question:

Then think back over the past two quarters. In what ways have Drexel teachers encouraged you to be creative—perhaps engaging in some kind of activity merely for the pleasure of doing it, for the pleasure of creating (don’t talk about this class)? If you can’t think of any activities in your other studies that encouraged creativity, did you find any activities outside your classes here that encouraged your creativity? Tell us about them if you had some.
Do you feel in your classes and in education in general any kind of tension in yourself between creative or learning activities that you would do simply because you like doing them (like Gillian Lynne—the dancer Ken Robinson mentioned toward the end of his talk) and other educational experiences, the kind you are doing simply to get the credit and grade. If there is any kind of tension, can you describe it for us? I am interested in your thoughts and feelings about this subject mostly because I would like to check out by hearing from you whether Ken Robinson has it right—that schools mostly kill creativity in students—and if he does, I would like to think of what we as teachers can do about it (assuming that creativity is a desirable characteristic that we should encourage in students).
The value of the creative life: If you check my link for Gillian Lynne (worth doing), you will see who this little girl who was a “problem” because of her fidgeting in grade school is at 88 still directing major ballets for the Birmingham Royal Ballet.

Here’s one of my student’s responses. I assume she took about an hour–maybe more, but she’s pretty busy. We didn’t have any criteria, rubric, or process–no peer editing kind of thing (which I have gotten away from).  One  point shouldn’t be very hard to make: as a teacher, I thoroughly enjoy reading writing like this–and being able to write back to her, telling her what I thought about some of what she said:

On Creativity
Although often scoffed at, creativity plays a bigger role in our lives than we’ve been raised to think. As little kids, we are encouraged to be creative and use our imaginations in as many ways possible; however, once we get older and start going through the public school system, we’re taught to tone it down and take the “real” subjects requiring solid facts and logic more seriously. Creativity is for little kids, but grown-ups need to be real. This stigma of creativity being useless in adult endeavors does way more to hurt society than it does to help it. It’s as if society forgets how much more beautiful the world is with art and music—as if society thinks these great and wondrous things appear out of nowhere. Forever talking down on young adults for choosing the unconventional career paths of musicians or artists as if they’ve never found happiness in a song or solace in a painting.
As a film major, I dreaded talking to adults over the summer before heading to college. “What are you going to study in college,” they’d ask and I’d smile nervously and say, “A film major” to which they’d just stare and blink, uttering behind tight mouths: “Oh that’s nice.” Often times they would also ask what my parents were and when I would explain that my father is a doctor, I’d hear from some audacious people, “Well, wouldn’t he prefer you become a doctor as well?” Thankfully, both of my parents, fancy doctor father and low-income retail mother, support me whole-heartedly.
Because I am going after my whimsical dream of somehow being involved in film making, I’m in a very creative environment here at Drexel. I have yet to take a single class that did not encourage the use of creativity and free thought; for that, I’m extremely thankful. I could be somewhere where you just learn theory and have to read “useless” text books for the first year—and I know, I know; they’re not useless but it sure feels that way in the moment when you can’t put any practicality in the mix and you begin to lose sight of your dreams. However, the lack of totally strict guidelines can be challenging for me because I’m a very directions-oriented person and like to be told what to do—even though I don’t really. There’s probably some psychological explanation of me just being afraid of what others think, therefore enjoying the comfort of rules to explain myself. Which is also why this super creative environment I found myself is helpful; I will soon grow more used to this freedom and find more confidence in my ideas.
That’s another thing about creativity: confidence. By embracing our creative minds, we develop a confidence in ourselves. Creativity is one of the barest essences of who we are and when we’re in an environment that shuns our creative processes we lose a bit of that confidence. As author and educator Ken Robinson said, kids aren’t frightened of being wrong. Kids who are encouraged to play in imaginary scenarios, kids who are encouraged to milk their creativity for all its worth; they have the confidence not to fear being wrong. As we are taught to be wary off too much creativity in the “real world”, we become unsure of ourselves and begin to fear. “I’ll sound stupid if I say that” is probably a thought most of us has had as we’ve grown up, but a kid doesn’t care. A kid will proudly declare that dog droppings on the sidewalk look like a cartoon character. A kid will proudly showcase his artistic renderings.
Thinking on children and their creative lives makes me remember my own childhood before I was afraid. I was so carefree and happy and eager to show off everything; from stick drawings of cats to outlandish ideas of how to decorate a house. I lost some of that happiness as I entered a time in my life when I told myself I had to finally grow up. I will forever regret deluding myself into believing that I had to leave silliness behind—I had to leave my creative imaginings in the dust. Creativity is such a flickering candle in our minds and the brighter we let it burn, the happier we can be. With creativity we have the power to change our situations although others might not notice. 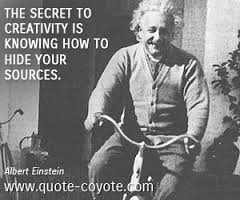 Creativity is a power. Creativity is an essential part of living. Creativity is who we are as individuals. People are afraid of creativity because it’s so unique. Sometimes I look around and I’m disturbed by the sameness, but even as that feeling passes over me I see a brave soul who has conquered the status quo and proudly flaunts their “abnormal” selves. When we allow ourselves to express our creativity, we allow ourselves a deeper freedom. Just as creativity can keep fear at bay,
we need to fight our fears to regain our creative selves.