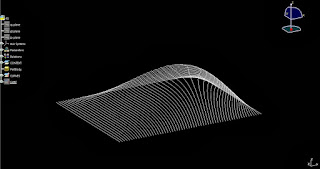 While reading John Tagg, The Learning Paradigm College, I have thought more about the essential mis-educating practices that encourage, as Tagg frames it, surface rather than deep knowledge. I like the way Tagg revives Dewey’s notion of education verses mis-education. Mis-education creates surface knowledge, the kind of knowledge one absorbs for tests—or essays to be graded. Tagg characterizes this as episodic vs semantic knowledge, atomistic vs holistic—linking these dualistic categories to entity or incremental theories of knowledge—the former implying people are born with fixed abilities, the latter, that people learn and grow.
The overall frame opposes performance to learning, the former proving a knowledge or skill for an extrinsic reward (grade/money), t

he latter for learning for its own sake, exploring the world and integrating the new knowledge with old knowledge, transforming both old and new knowledge—semantic knowledge, the words gathering meaning by their relationships to other words and their grammatical function as opposed to episodic knowledge, bits and pieces to be reproduced on tests or other performances and then forgotten.

In many ways, this conversation links with a WPA-l conversation on reading—the teacher imagining that her responsibility is to teach students how to “read critically,” generally giving them texts they wouldn’t read on their own and having some way of testing whether they had read the assignment.
I’ve made and over-made my point on how wrongheaded this is. I want to ignore this hard-reading theme to think more about grading, a consequence of a conversation I had with a friend, who has recently stopped grading her students’ essays and found herself enjoying teaching and writing more—and her students likewise, learning and writing. 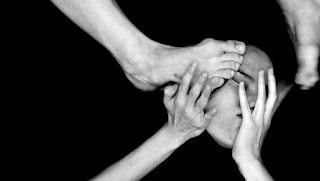 Our conversation led me to think about the objectification of student writing. When we grade/evaluate an essay, we objectify it. In total disregard of Louise Rosenblatt’s transactional theory, we reduce the text to an object, not a medium for inter-subjective exchange, the dialectical flow of thought between a reader, a text, and the writer’s ideas within the text, and the culture speaking through the writer, reader, and text. No, rather than something alive with thought, it’s an object to be graded. The text has in a sense lost its meaning. It is little wonder that students dislike being graded and teachers dislike grading. To grade “objectively,” the teacher has to objectify, take the life out of a text, kill what they imagine they value.
What a difference when the teacher is allowed to “read” the text, to interact with it, to listen to the life within it and respond to it inter-subjectively. Suddenly, writing is alive: the student’s text and the teacher’s response—hopefully, intermixed with other students’ responses. Suddenly, it is a pleasure to be reading and writing back. And for the student, it is a pleasure to have been read. It’s not overly difficult to link this theory of reading or objectifying student writing to Freire’s theory of objectifying peasants.