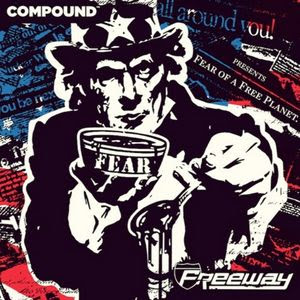 ==============
This is a quick post for those who helped me with my survey on fear. I engaged in this research to 1. demonstrate to my students the purpose of research; 2. demonstrate how you can do your own research (we’re big on primary research here—it’s more fun than secondary) and use that to check against other research and common claims. Thanks to all who have helped with this project.  With your help, I’ve received 529 largely older people responses and 51 college age responses.

I haven’t checked this out—but I know this response rate gives me a fairly high level of confidence–at least among a certain population. The adults are more skewed to the liberal side—a consequence of the people I know and the people who know who I know (45% Dem; 4 % Rep; 23% Ind; a surprising 18% DemSocialist! . ..). College age were more evenly distributed: 27% Dem; 27% Rep; 21% Ind; 12% DemSoc  . . . ). Clearly, Bernie Sanders is having an effect.

Most striking is the male/female response. Adults 70% female; College Age 72% female. Explain that?
I have a lot of work to do on the survey—disaggregating the information and looking at patterns. This will take a little time, but I  was looking at the information this morning and thought I would post the aggregated information—the central tables. Many things are notable. Most notable is the difference between this information and the most cited fear survey: The Chapman Survey.
Chapman reports 44% of Americans being afraid or very afraid of terrorist attacks. The CBS poll cited by the NYTimes reported 86% being “Very” (59%) or “Somewhat” (26) concerned by the threat of terrorists coming from outside; 63% Very, 26% somewhat of internal terrorists inspired by foreign extremists.
In contrast, this source (I couldn’t find who did the research) cites fear of terrorism as 10% (closer to what I found).  [The writer said it was a Gallup poll]
Certainly part of the key is how the question is framed and who you asked (Chapman asked by telephone—1500 people).
Here are the key tables. More will come later. Thanks everyone. I personally think politicians and the media are exploiting the culture of fear. A bit ironic that Mein Kampf is now being re-released.