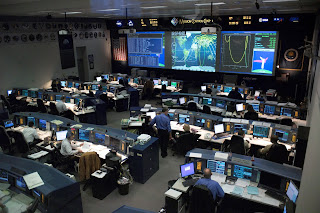 I’m keeping the syllabus conversation going. Below is an edited response to Bill Thelin, one of my good friends, who spends, I think, a fair amount of time negotiating a syllabus with his students. He cited Ira Shor’s practice of negotiating a syllabus, described in When Students Have Power and Empowering Education. I think Bill also gives more importance to grades than I do. I think grades suck.
======
To Bill: If one demotes the function of the syllabus, then we don’t have to waste a lot of time on it. The syllabus, to my mind, is mostly a bureaucratic invention, serving more as a document to circulate outside the classroom. If one takes up seriously (and this Ira did—and to me, that was his main point; which was also Freire’s point) learning as collaboration rather then delivery (deconstructing, as F put it, the student/teacher dichotomy), then we don’t have to spend a lot of time negotiating a bureaucratic construction. Rather, we’re here to work on our writing; let’s go.
I think the teacher also has to let the students know how the course will be run, the primary goals, and the kind of projects the teacher and students will be doing. The teacher also has to find ways of getting useful feedback from students and know how to adjust in light of that feedback. Ira used the after-class-group; I use a class journal.
I think objectifying the institutional imperatives could be useful. But we should also note that in many ways, those imperatives are elastic and often disposable. We make our own choices as teachers about which ones we’ll follow (and the degree to which we want to bend our principles in order to have a job).
We will disagree on grades: no, we don’t need them. They are silly. I don’t need them. The students don’t need them (I recognize the imperialism in that claim—let’s say they have been taught to need them, but most of them seem to know better). The bureaucracy needs them because they think they need them as a consequence of a structural inadequacy.
Within this discussion, let me highly recommend
Schmidt, J. (2001). Disciplined Minds: A Critical Look at Salaried Professionals and the Soul-battering System That Shapes Their Lives. New York: Rowan and Littlefield.
I think anyone in the field of education should read Schmidt’s book. I think Schmidt would interpret grades as a way of inducing stress and maintaining control. You have to maintain control when you have adopted an adversarial rather than a collaborative stance.