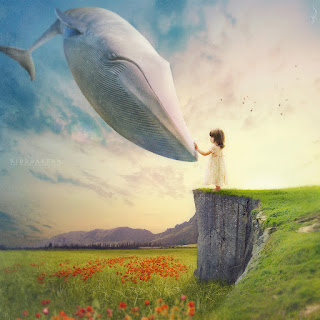 This post will be a few words from me and then more thoughtful ones from Patty Ericsson.

If I’m interpreting Patty correctly, we both are deeply suspicious about the worth of the “research paper,” complete with works cited (and like who really cares whether the works cited is in mla, apa, chicago, iieee, or namaste style (Patty’s note was in response to my question–what’s namaste style?–no comments please about my cultural ignorance).

Keith Rhodes has a good tactic: he said something like: I just tell my students if I can easily find what you found, then it’s good.
[image: by theSong]

I make a practice of hyperlinking. If you hyperlink when you can, you don’t  really need a reference in your works cited, do you?

I think I wrote in one of my entries below that I’m ok with research–but research of a special kind, let’s call it naturalized research. There’s nothing wrong with getting our students to check  their information or preconceptions against what others say about that (Ben Carson and Donald Trump should try that) or in trying to find out something more about something you’re interested in. But there’s everything wrong with asking your students to do library (scholarly) research on something they are not interested in and then write up a report, or what’s worse, an argument, about what they discovered, complete with a works cited. I keep asking teachers who think we should be teaching that kind of nonsense: do you like reading those?????

From Patty (thanks, Patty [and Keith])

It is mostly a dream, Irv.  A kinder, gentler way to honor those whose works we build upon.  Kristin Arola has presented on (and is writing) a piece on Native American (especially her Objibwe) ways of collecting things from nature and the built world to prepare for a variety of celebrations.  Each collection is marked by acknowledging where the “assets” come from, thanking the provider (whether a tree, a plant, or a person), and also by leaving something in replacement for what you have taken—even if it’s a small token.  There is also an important element of community in this gathering and using. She calls her possible approach “slow composition.”

So my jest of a Namaste style was (I realized later) influenced by her work, but also my my attempts to make my life and being more peaceful, grateful, and loving. If we would choose a thank you word or phrase that honors or somehow gestures toward an appreciation for the assets we bring to our composing, maybe that kind of citation would be better? What if we considered where the assets came from—the quote, the picture, the movie clip, whatever?  And considered in the context in which these assets were developed? And then finally considered more respectful ways of using/appropriating these assets in our work?  I guess I’m asking what if we threw out the pretty much meaningless forms (although there are some who argue that the forms have lots of meaning). I don’t think our student or us (for that matter) give much of a hoot.

In my pedagogy course this fall, I am asking new teachers to think of their syllabi and assignments as a narrative—that their course is a story and that it is told in the syllabi, assignments, and all the other supporting documents. All of their work is situated in the bureaucracy of the comp program, but I’m asking them to consider that part of the narrative as well.

I borrowed this (copied below) to help them: http://www.aerogrammestudio.com/2013/03/22/the-story-spine-pixars-4th-rule-of-storytelling/

I’ll let you know how they do with this.  At least they might have some fun!