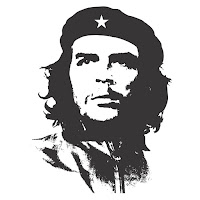 I have been reading/listening to Zealot: the Life and Times of Jesus of Nazareth, by Reza Aslan. Aslan gives us a fascinating, historically contextualized account of the story of Jesus. What we know of Jesus’ life is minimal and deeply indebted to oral history (Aslan notes that the notion of oral “history” is quite different from our current literate version, oral history being more concerned with the meaning than the actual occurrence of events).

Aslan frames the two stories within tribal struggles for land but also within the move from agrarian to feudal economies, from egalitarian to radically hierarchical social structures, from self-sufficient farmers to impoverished laborers who worked to service the wealthy, the ones nearer to the seats of power, nearer, that is, to the seat of God. You could say Jesus was the Bernie Sanders of the poor.

Aslan opens with a picture of the annual rituals at the Temple of Jeruselum, describing the various sacred and physical levels though which people could pass, according to their spiritual rank, gender, ethnicity, nationality, and social status, with the people of the upper levels gathering tithes from the lower levels. It is not too much to say that the lower one’s level, the more real one’s work. At the upper levels, the high priests mostly created rituals, swung incense, and wore  robes that set them apart from the rabble.

Although he didn’t last long, Jesus was a teacher.

Since this blog is mostly concerned with teaching, someone asked what this post has to do with teaching.
==========

Here’s the short version of what I was thinking:

Let’s assume God and the Jesus of the Bible are myths (trying here not to offend anyone who thinks there is a White-bearded male God and that Jesus is his son).

From there, let’s review that initial scene—the people coming to the Temple with its ascending layer of rooms through which fewer and fewer people are admitted until you get to the high priest, the only one permitted to go behind the veil of speak to God, the wizard of Oz, I guess.

In order to get in to each room, you are required to make sacrifices and give to the person/priests in charge of that layer progressively more significant tithes.

The order of priests are progressively richer and wear more ornate robes and jewels, signifying their exalted status (their nearness to God)

The people who do the real work in the culture are the laborers; the males make it to the second room, the women to the first. I think you’re also blocked according to your ethnicity.

The higher you go, the less real work you do; the more your “work” lies in constructing myths that what you do is work, but you’re mostly just creating rituals and myths that legitimize your position and wealth.  So you hang around swinging incense and muttering incantations and so on while others support you because they think you are doing something significant.

I can imagine links to educational structures. I’m reading a vaguely related book, Disciplined Minds, by Jeff Schmidt. Schmidt analyzes the ways in which professionals are taught to think and act (and not cause too much trouble–no turning over tables in the temple).

2 Replies to “The Labor of Teaching”