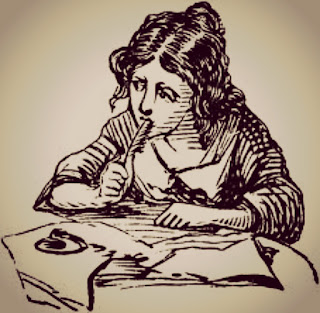 I should begin this entry with a double apology: first an apology to my old (meaning I’ve known her for a long time) friend Marcy, for having entered into her conversation and drifting it elsewhere; and secondly, to Bill, Asao, Galen, Fredrik, Will, Matt, and perhaps others who entered into the discussion linking writing instruction, affect, and assessment. The discussion was serious, having real consequences in our classrooms. I wasn’t able to continue the conversation because so many ideas were flowing that my head began to spin. So many issues are involved in how we teach writing and assess the efficacy of our programs.
I’ll begin by acknowledging that quite possibly none of us know the first thing about teaching writing. I think I do. I’ve been doing it for forty years, and you would think I would have learned something—but history and the history of writing instruction is full of people who thought the world was flat.
It is of course quite possible that everything I think I know is dead wrong. Likewise with my friends like Asao, Galen, Will, Mike Rose, James Moffett (ok—I met him, but he wasn’t my friend), Dewey (never met him), Paulo Freire (met him once), Ira Shor (good friend), Peter Elbow—so many others I could mention who in general think we should be four-square on the side of our students, four-square on the side of writing as a form of inquiry, self-discovery, expression, and communication and .0005 as a way of proving one’s knowledge or ability to write in the genres being tested. And maybe a little bit on the side of helping students negotiate the writing demands our students might meet in other classes and in their professional lives.
I could go on forever in what I thought would be a short-winded response. First, I’m going to say to Marcy what Asao has already said. Exit exams are a bad idea. Portfolios as exit exams are a bad idea. We need to interpret them in terms of power structures—and teachers and administrators retaining power. This is just pure wrong. One of Freire’s fundamental tenets was that an authentic pedagogy had to resolve the student/teacher contradiction. Any structure that maintains that contradiction is oppressive. As Asao noted (and I have obnoxiously argued) grades are one of the primary elements of that oppression. Ask most teachers what would they do if they didn’t have to give grades, if they didn’t have to grade “essays.” My bet is that they would enjoy themselves more. Freire argued that the tools of oppression cut both ways, oppressing both the oppressors and the oppressed. Grades cut both ways.
Dewey explains education as game. I love to play games. I have argued for writing as “fun,” but I haven’t elaborated: fun means being in a game, being challenged, learning, being inside what you are doing, being, as Csikszentmihalyi put it, in the flow. I don’t think creating this kind of fun/challenge ethos in a writing classroom is all that difficult, particularly if one throws out the controlling notion of grades. One has to go back to Dewey here—the way in which pick-up games work without an authority controlling the game.
Assessment should be about us, not about how well our students write in fake rhetorical situations. A valid assessment points toward the real life consequences of our instruction, pedagogy, and assessment. Perhaps we should ask this: five years after they graduate, how many of our students engage in self-sponsored writing? We should ask the same thing of reading. If I were a music teacher, I would want my students in five years to still be singing, even if no one was listening.
Works Cited

6 Replies to “Writing as Game”