by ipeckhamPosted onMay 8, 2015
[This post is a continuation of an overly-long post I wrote on the WPA-l. I am arguing for using portfolios not to evaluate students but as a lens through which we (students and teachers) can collaboratively see how we’re doing in the class, given what we had hoped we would achieve. Below is an example item from the current mid-quarter portfolio–the student describing herself as a writer.]
“Initially, I thought I was too introverted to write. I overthink and bottle up thoughts until they are too messy to write down in a coherent, logical paragraph, so I feared my writing would reflect how 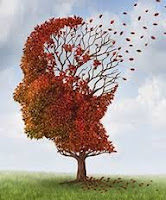 scatter-brained I am. I even hinted that fear to the class in my very first post, saying “I realize this is scattered and that I am scatter brained, but hopefully this says what it needs to in order for you to get a sense of who I am.” (autobiography, Slater, April 11, 2015).

Now, I realize writing is not the product of a method of clear thinking; writing is the method. I have practiced this in the private journals. I write multiple drafts in that ten minutes. The first minute or two I spew every major event of the week onto the screen. Then, I reread it and more thoroughly word the bullet points, adding my opinion to them as I go. By this step, I have already done self-reflecting and have benefitted therapeutically from the activity. If there is time, I rephrase certain events, usually the negative ones, to look more pleasing. Something about having control over how an event sounds written down makes me feel like I have some sort of control over the event itself.
Obviously, writing is not a tool for time-travel, and I have no control over the past. However, writing is a tool for attitude-adjustment, and if I can phrase things in a way that makes me more comfortable confronting the past and overcoming it, then I have changed the past- at least from my perspective (and my perspective is the closest thing to reality I “have,” so this control over my mind is major.) 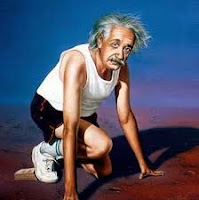 Basically, writing has helped me practice and apply “mind over matter.” I have already started catching myself thinking negatively about situations I find myself in- in the present, while they’re happening- and saying “written down, this is going to sound so cliche and banal. I don’t want to invest emotion on something so insignificant.” Writing has started to filter into my daily life, making me a more peaceful individual, and it has not only benefitted me, but anyone around me who could have potentially been hurt or negatively impacted by my negativity
They say change starts with a conversation. Usually this is meant on a societal level. However, it’s the same thing to say that having a conversation with myself- through journal writing- will bring change at the level of the individual and community. I thoroughly believe that this change, however small, has the power to ripple to a larger scale. Is it a coincidence that history recognizes societies that use language, art, or any other form of communication as the most advanced and civilized societies? The individual artists had to start with writing, painting, and singing before the “conversations” they were having with themselves grew outwards.  This class has given me the tools and time to start the conversation with myself.”

Maybe we should look at where Annelise was five weeks ago–On the first day of class, I ask students to tell my about themselves as writers:

Here’s an  quote from Kevin, a mechanical engineer in the last paragraph of his introduction:

“Being that this is an English 103 portfolio, I should probably mention some of my thoughts about writing! I feel like I have always enjoyed writing to some extent. However, until this year, I’m not sure I knew exactly what real writing was. English 102 and 103 have opened my eyes to what writing can be. It’s self-expression, it’s digging deep into one’s thoughts, it’s fun! The following is a collection of my work for the past 5 or so weeks and it showcases how I’ve grown and progressed as a writer in 103. ”

I have two dominant objectives in this course (others as well): improve students attitudes toward writing and themselves as writer; promote self-directed learning. I can look at Annelise here and say we’re doing ok. I feel very good about Annelise, and I feel very good about what we’re doing in the class and about myself as a writing teacher. We missed on a couple of objectives, and maybe we’ll hit them later to some extent, but they weren’t the most important ones to me–I more or less inherited them when I came to Drexel. Frankly, the ones like “Critical Reading,” I could do without.
I am also going to say that I’m not into any false modesty here. I’ve been teaching writing for forty years. I love what I’m doing, and I’m good at it–if I weren’t after forty years, I would have some questions about myself. I keep my objectives few and simple, and I know the students come out of the class learning something about themselves, about writing, and about themselves as writers that they didn’t know when they came in. That’s good enough for me.

5 Replies to “A Serious Function of Writing”