by ipeckhamPosted onMarch 18, 2015
I have finished taking notes on Laura Micciche’s Doing Emotion. Her book was well worth my reading. I appreciated most of what she wrote. And in those places where I had to acknowledge different universes, she brought up points for discussion. 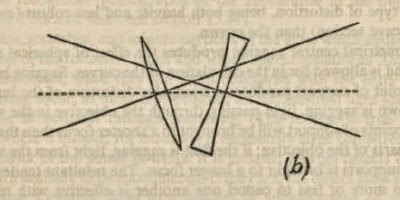 Her important point to me involves the materiality of emotion: that we see emotion and we read emotion in texts—again, understanding texts as only superficially static. When we read emotions in texts, we are obviously reading ourselves, our histories, out cultures, our relationships with others, our friends we have loved, those who have died, those who have faded from our lives but left in our minds their traces.
Micciche makes a convincing argument to the necessity of paying attention to the materiality of emotion through language. Her larger point contests the debilitating dichotomy between emotion and reason—as if they could ever be separated by a theoretical centrifuge.
I believe with Micciche that when students are emotionally invested in whatever they write, they will write better than when defending some kind of canned topic. Not only will they write better, they will learn more about writing by having been engaged in the writing act.
Although Micciche links Marx’s theory of alienated labor to her overly-labored argument positioning composition and writing program administration as subjugated and feminized, I might turn it against what I have previously called performative, fake, or school writing—when we ask students to write essays demonstrating their competence or knowledge in order to achieve an external reward—a grade (see Daniel Pink’s TED talk on extrinsic vs intrinsic rewards). Reframed, we can see this kind of writing as alienated labor, labor that is “external to the worker, i.e., it does not belong to his essential being; that in his work, therefore, he does not affirm himself but denies himself . . . mortifies his body and ruins his mind.” This frame of school-writing might help to explain the marked difference between the kind of writing we get when we ask for honest or bogus information.
I appreciate the general thrust of Micciche’s argument, but I have to wonder about the space between what she and I see or whether one or both of us are blind. I wrote in a previous post that I have never “felt” the subjugation of writing studies or writing program administration—and I have often wondered about the disenfranchised claims—which Micciche extensively documents. I don’t have space to disentangle our differences here. I have always felt respected within the academic environment—and I think many of my WPA friends  have felt the same. I think some of this difference might be located in social class relationships—I don’t know. I do know that as a Writing Program Administrator, as a Professor, I have occupied an incredibly privileged social position. And I know that as a WPA, one of my dominant projects is to abdicate disenfranchised academic labor.  There is absolutely no logic that supports requiring writing courses taught by part-time teachers (other than the logic of profit).
Micciche argues extensively that Writing Studies suffers from its link to materialism, caring, affect. I think as a field we may have overly disenfranchised ourselves. I have seen a long history of rhetoric and composition scholars (note the way in which we have linked composition to “rhetoric”) attempting to argue for the centrality of our field. To me, these arguments have seemed silly. I think it’s equally important for citizens to be able to name in distant order the planets in our solar system as to be able to define ethos, logos, and pathos. I think as scholars we need to pay some attention to how our arguments make ourselves the center of the intellectual universe.  I love to write. If I can pass that on, that seems good enough. I’m not certain that this love should be required.