by ipeckhamPosted onFebruary 20, 2015
Below is a note that I sent to my students about our next essay: 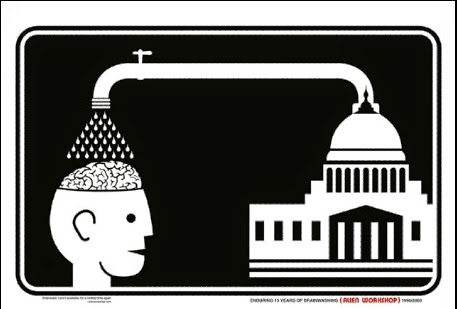 OK, here’s what I’m thinking about this next essay or re-vision of your current one. In general, I would like you to take this chance to rewrite and/or refocus your last one and make it an essay that you’ll feel good about. I want you to include more research, research of your classmates, on the internet, and in the library databases. Next week, we’ll work in class on the library databases—I’ll try to give you some search tips. I also would like this to be an essay that teachers in our program should read.
But right now, I want to talk about refocusing. Robert came into my office yesterday and we looked at his essay again—and we discovered a few things.
First, Robert and I saw several places where he could do some research to give more substance to his opinions. I’ll give an example. Robert thought that women in general were more stressed than men. As soon as you think something like that, you want to research it. Robert was basing this on his relations with his sisters (and the schools they went to), but a thought like that begs for research. Another common gendered thought is that men are better than women at math—again, begs for research.  In general, we hear in our lives common stories and if we hear them often enough, we think they are true.  If you’re a critical thinker, you check them out.
I had another student in my office yesterday (someone else’s student). In our conversation he said something about in the United States, we tolerate crime less than anyplace else in the world. I raised an eyebrow. “Really?” I said. See if you can find anything about the crime rate per capita in all countries. A very quick search gets this:
The top ten countries in per capita crime rate are as follows:
1. Dominica: 113.822 per 1,000 people
2. New Zealand: 105.881 per 1,000 people
3. Finland: 101.526 per 1,000 people
4. Denmark: 92.8277 per 1,000 people
5. Chile: 88.226 per 1,000 people
6. United Kingdom: 85.5517 per 1,000 people
7. Montserrat: 80.3982 per 1,000 people
8. United States: 80.0645 per 1,000 people
9. Netherlands: 79.5779 per 1,000 people
10. South Africa: 77.1862 per 1,000 people
Crime rate per capita per country
That’s only one source, but a more extended search would tell us whether answers.com is overly fabricating the stats. The following source said that the U.S. was close to the leader in high murder rates in developed countries:
Murder rates in Developed Countries
But you of course have to check this stuff out—that last source is notably liberal (Rawstory.com).
Robert and I saw several other claims in his essay that could bear research and substantiation.  Here’s what I would suggest: when you make some kind of claim (like the United States is the best country to live in) that you might imagine others from a different belief system might challenge, ask yourself, how do you know that? Do you know that because that’s what everyone you know says? There was a time when everyone said the world was flat.
The most interesting part of Robert’s essay was about stress—the way his sisters were stressed out in STEM schools with a kind of side slide into the way in which students at Drexel are stressed. Behind this conversation lies our previous conversation in class about stress with some suspicion that teachers like to create stress as a way of control (Robert and I ventured here into the link between torture, stress, and control).  We have all wondered in this class as a consequence of your narratives about the turn in education somewhere around 5th grade, at which point learning was no longer fun.
We can always question why schools/teachers emphasize stress/rigor rather than fun in learning. I have been asking this question lately—why do we try as educators to stress students out? Why aren’t we having fun? It seems clear to me that if we’re having fun doing one thing, we might want to do more of it. The other side of the coin might be true.
Toward the end of his essay, Robert threw in a casual thought. It was somehow linked to Elizabeth’s comment about grades—about how we are trained to think we have to get all As, that we have to be perfect. Schools, parents, and culture of course combine to create this drama about being perfect. You don’t, after all, want to be an F. You want to be an A. A straight A. I am sure that you all recognize that this line of thinking is connected to our overall investigation of how schools affect our identities—our ways of understanding who we are. In grade school, were you a cardinal or a blackbird?
In his essay, Robert threw in a comment about how schools brainwash us. I told Robert I thought “brainwash” might be a bit heavy.
In his concluding paragraph, he said something about the way in which we are brainwashed into not feeling good about ourselves so that we’ll want to buy things to make us feel better about ourselves. In essence, when we don’t feel Ok about ourselves (which maybe is what our schools are trying to make us feel), we’ll be conditioned into buying things, always buying more, to fill up that empty space in ourselves, the space school has created in order to perpetuate the culture within in which school resides, a consumer culture.
At the end of our conversation, I told Robert I thought his claim/insight was kind of veering into a new direction, and I said maybe you should just think that but not say it. But I thought a lot about Robert’s direction, and I have changed my mind. I think that direction could well be the focus of his essay, an answer to our question about why schools try to stress us out.  But maybe “brainwashed” isn’t it. It’s brainpolluted.
[Names of course have been changed.]