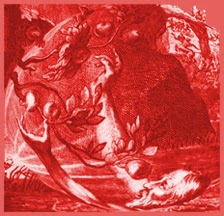 I led a workshop yesterday at the Dornsife Center, a community center in a largely impoverished area of West Philadelphia. The workshop is part of an outreach series sponsored by Drexel in an effort to integrate the university with the surrounding community. Given that context, I suspect this blog entry will be a study in irony.

The workshop was about writing. Five community members, about five students–who came, I believe, because their teacher was awarding them extra credit–and my good friend Rachel was there. Like me, Rachel is in love with writing; she’s also a prime mover in the community-based learning projects sponsored by Drexel (again, the irony).

We wrote and read aloud about ourselves as writers. I learned a lot by listening carefully to what others were saying. A kind of theme emerged as we dug deeper into our relationships with writing. Everyone in the workshop had an interesting story–a very interesting story–about themselves as writers. I would love to go over all I learned by listening to their stories, but this blog entry would be an essay. Instead, I want to focus on this theme, a kind of block, a gap, a contradiction.

All of the participants wanted to write. They wanted to write stories, memoirs, poems, essays, histories, diaries, collections of letters from ancestors–the desire was almost palpable. You could touch it. But with one–or perhaps two–exceptions, there was a gap, like a physical distance between the desire and its consummation. People want to write, but they find every reason not to do it–and that gap seems to make them want it more.

Our conversation made clear that all of them would be writing more, would be writing the way they breathe or whistle or sing if it weren’t for how they have been conditioned not to write. It’s as if in school, we have taken their voices away, and this desire to write is mostly a memory, a memory of far back in their childhoods when they loved to write, when they had such pleasure in putting words on a page and hearing them said, but we’ve schooled that pleasure out of them. It was enough to make me shiver.