In her comment to one of my posts, Mary Goldschmidt (whom I like and greatly admire) refers (I’m struggling not to decontextualize her comment) to writing that is sometimes like a bad workout. I’m framing Mary’s remark within notes that I am now taking on Lad Tobin’s book, Reading Student Writers. 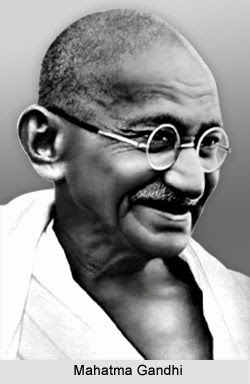 I am also going to struggle to stick to two points, noting that my struggle, unlike the struggle to which Mary and John Bean (Engaging Ideas) refer, is a struggle not to write, not to write, I think because I have let loose of the personal/impersonal dichotomy. Once we see writing as continuum moving from ourselves outward (Moffett), much of the conflict between scholars like Lad, Peter Elbow, and me and those who think of the personal as squishy, unrigorous (should i say, “unmale”?) deconstructs. And in a large part, I think the “struggle” deconstructs as well.

I’m a mountain biker (Mary’s a road biker) and I always try to beat my last time, so I recognize Mary’s comparison to her struggle for better times to the struggle to write–one rigor scholars have previously cited to justify making their pedagogies that make their students struggle with their writing in order to struggle with their thinking (Bean), but I think we need to distinguish between games we have voluntarily entered and those we have required. And I am deeply suspicious of comparing a communicating/social activity like writing to a competitive, athletic activity like biking. I don’t like to think that I am writing in order to beat my former self or others who may be writing in the same race.

I am about to launch into several directions, so I’m going to try to get to my second point: If we can deconstruct the dichotomy between personal and impersonal, perhaps we can naturalize research for our students. I have probably written in here about this before, so here goes again. The overdetermined concept of the “research paper” has depersonalized, overly scientized research.

I like to think of research like this: I’ve got an issue that I’m interested in for deeply personal reasons (in my case, the use of personalized writing in academic settings). I write about this, working from the inside out, so to speak. I materialize in writing my own jumbled thoughts and desires. I know that others (like Lad and Peter) are concerned and have written about these issues. So I read a bit about what some of my friends have had to say about the issue. This is like in the classroom where we have our students write about an interesting issue (like what are some of the important fears you have in your life) and then have them read what their classmates have written.

This is already too too long for a post: but you get the drift. The students listen to their friends and then rethink (one could call this critical thinking) some of what they thought and have written about their own fears. So then maybe we can write about fear as seen from the perspective of the class. This could easily lead to some primary research, some surveys or just asking questions/interviewing others outside the class–like focusing on fear as a controlling mechanism, fears of grades, fears of writing (procrastination), fears of loneliness, fears of the unknown, or as one of my students said, of what lies around the corner, fears of the future, fear of girls, fear of boys, fears of death.

Obviously, the next stage is to do some internet searches and then replay our results back into the class, moving the investigation and discussion forward and deeper. We can even investigate how people get caught up in a social system, reproducing the structure of fear as a controlling mechanism, or how teachers who have had their voices taken away by having been graded using grades to take away their students’ voices. One can go on. It gets pretty interesting. One can even start using library databases to find accessible (I mean readable) discussions of various structures and uses of fear.

My point here was to naturalize research, the kind I am currently doing by reading people like Lad  and doing surveys of students here with the intent of writing about what I’m learning–with some hope of changing the world.

One Reply to “Writing as Struggle”