by ipeckhamPosted onOctober 31, 2014
I want to write a quick post today, mostly because I haven’t written anything in here for a few days. The Drexel quarter is rapidly coming to a close and with it, issues I hadn’t anticipated, so I have more or less been keeping my head above water. 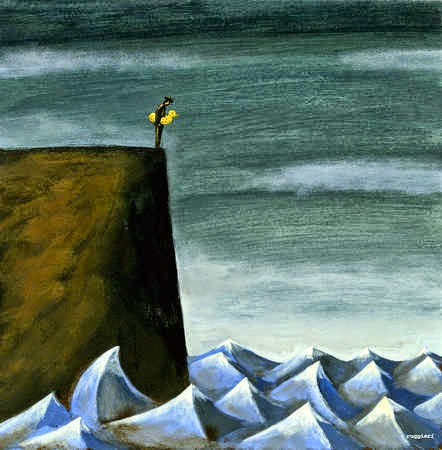 I came here in July from LSU. Let’s say there is a remarkable difference in the culture of the two schools. In the first-year writing program, I opened up the possibility of grading by portfolios rather than grading each assignment. Yellie’s note (above) to Jill  is the consequence of Jill’s having switched from a traditional to a portfolio system of grading.

I personally enjoy teaching so much more when I have the leisure of truly responding to student writing–and getting them to respond to each other rather than grading or critiquing so that the student writer can get a better grade when he or she eventually hands the essay in for the teacher to grade/respond to–with the grading generally dominating the response.

I assume most readers understand the hidden curriculum underneath grades–functioning, as ideological state apparati (Althusser). I assume it’s equally evident that good teachers don’t need them–that in fact, grades tend to interrupt effective teaching, functioning not only as ISAs but creating barriers/difference between teachers and students.

It seems to me that if you give interesting writing assignments (as I have written before: the kind you would like to write to, your students would like to write to, you would like to read, your students would like to read), you clearly don’t need grades to promote learning. I know I have argued in previous posts that students learn by being engaged in the activity and by having writing function as authentic communication  rather than performances that are responses to hypothetical “rhetorical problems” (Wardle, “What is Transfer?,” A Rhetoric for Writing Program Administrators).

I started yesterday working with a class of English 101 students.  Here’s their assignment.

Writing about our fears—after reading some passages from Paulo Freire (see the passages at the end of this document)—Pedagogy of the Oppressed:
Freire claims that fear is the consequence of oppression–or as he writes elsewhere, domestication. The oppressed person is the subject of fear; one might say that fear is the tool of oppression. A tool, of course, does not act on its own; it needs a user. The user is not necessarily a person (although often it is); it could also be a social system–or a social structure, if you will. It’s not too hard, for instance, for most of us to think about the different fears the educational system promotes through the agency of various teachers (who in their own ways have been subjects of oppression, now grown up to become instruments/tools of oppression).
Fears are also associated with risk because when we take risks, we are venturing into the unknown. It’s safe to stay within well-worn paths (or formulas): we know what lies before us because we have so often been there before. It’s safe just to do what we always have done. 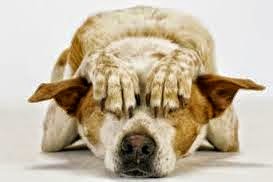 Within this frame, we might be able to write about some of the fears we have—and in particular, the ones that are in any way linked to our fears of freedom—of being free from social and perhaps familial constraints, of being able to act on our own—Freire would call this authentic action.

So let’s write an essay about the fears that oppress us—that keep us from taking risks, moving outward into territory unknown. This essay, in keeping with its subject, has no required form, other than let’s see what we come up with in an essay if we give each other an hour of writing.

================
I included an essay that I wrote about my fears and that a previous student had written as samples, and also the following passages from PoP:

From Pedagogy of the Oppressed

1.     The “fear of freedom” which afflicts the oppressed, (3) a fear which may equally well lead them to desire the role of oppressor or bind them to the role of oppressed, should be examined. One of the basic elements of the relationship between oppressor and oppressed is ‘prescription.’ Every prescription represents the imposition of one individual’s choice upon another, transforming the consciousness of the person prescribed to into one that conforms with the prescriber’s consciousness. Thus, the behavior of the oppressed is a prescribed behavior, following as it does the guidelines of the oppressor.
2.     [Footnote # 3: This fear of freedom is also to be found in the oppressors, though, obviously, in a different form. The oppressed are afraid to embrace freedom; the oppressors are afraid of losing the “freedom” to oppress.]
3.     The oppressed, having internalized the image of the oppressor and adopted his guidelines, are fearful of freedom. Freedom would require them to reject this image and replace it with autonomy and responsibility. Freedom is acquired by conquest, not by gift. It is not an ideal located outside of man; nor is it an idea which becomes myth. It is rather the indispensable condition for the quest for human completion.
4.     To surmount the situation of oppression, people must first critically recognize its causes, so that through transforming action they can create a new situation, one which makes possible the pursuit of a fuller humanity. But the struggle to be more fully human has already begun in the authentic struggle to transform the situation. Although the situation of oppression is a dehumanized and dehumanizing totality affecting both the oppressors and those whom they oppress, it is the latter who must from their stifled humanity, wage for both the struggle for a fuller humanity; the oppressor, who is himself dehumanized because he dehumanizes others, is unable to lead this struggle.
5.     However, the oppressed, who have adapted to the structure of domination in which they are immersed, and have become resigned to it are inhibited from waging the struggle for freedom so long as they feel incapable of running the risks it requires. Moreover, their struggle for freedom threatens not only the oppressor, but also their own oppressed comrades who are fearful of still greater repression. When they discover within themselves the yearning to be free, they perceive that this yearning can be transformed into reality only when the same yearning is aroused in their comrades. But while dominated by the fear of freedom they refuse to appeal to others, or to listen to the appeals of others, or even to the appeals of their own conscience. They prefer gregariousness to authentic comradeship; they prefer the security of conformity with their state of unfreedom to the creative communion produced by freedom and even the very pursuit of freedom.

6.   The oppressed suffer from the duality which has established itself in their innermost being. They discover that without freedom they cannot exist authentically. Yet although they desire authentic existence, they fear it. They are at one and the same time themselves and the oppressor whose consciousness they have internalized. The conflict lies in the choice between being wholly themselves or being divided; between ejecting the oppressor within or not ejecting them; between human solidarity or alienation; between following prescriptions or having choices’ between being spectators or actors; between acting or having the illusion of acting through the action of the oppressors; between speaking out or being silent, castrated in their power to create and recreate, in their power to transform the world. This is the tragic dilemma of the oppressed which their education must take into account.

I invited students to try to read the passages (not an assignment); the most important thing was to  sit down and see what they could write in an hour. Then we met yesterday (my first time meeting them–I sent the assignment to them via blackboard). Before I asked them to read and respond (not critique, not evaluate; respond) to others in the class, we took a little time to try to make it through Freire’s first paragraph.

The students took the paragraphs to wonderful places, connecting these places to their fears (of freedom). Then they simply got out their laptops and began reading and responding to each other.

At the end of every class, I have the students take a few minutes to write in a class journal (my version of Shor’s After-Class group) where I ask them just to let me know how class went and maybe anything we might want to work on or change. I’m  including a couple of entries below.

I know I’m congratulating myself as a teacher–but you would think that after forty years of teaching writing, I would be pretty good at teaching writing–and I am. If I weren’t, well . . .

It went very interestingly. This is a different setup from any class I have had, as far as using an online tool as Blackboard in such a way, but I like it. It goes very smoothly and lets us all share efficiently in the short amount of time we have, without having to talk over one another. I also love the assignment, and I think it helps us get to know each other better as well. Another perk is learning new writing styles!

My point is not my teaching. The real point in Elise’s entry: she learned in a very short time “new writing styles” by reading her classmates’ essays.  There was nothing forced about this lesson. It was simply natural learning.

I really liked this way of doing class. I feel like I am writing a lot more, and responding to the ideas in other people’s essays a lot more. Not only do I get to see the unique views of my classmates, but I also end up writing more of my own ideas in response to theirs. It is interesting to see other people’s points of view.

Bethany comments on what she learns by reading others–and it seems as if this learning stimulates her to do more writing. I  have often seen that when you get rid of grades and focus on the pleasure of writing (Barthes), you open the gate. And when people write and are written to, they learn a lot about writing. The opposite is probably true when they write and get written about.