by ipeckhamPosted onSeptember 24, 2014
At Drexel, I’m encouraging teachers to have their students write essays about their educational experiences in writing, describing any good and bad experiences they have had with some analyses of how those experiences affected their attitudes toward writing and how they do (or do not) think of themselves as writers.
Then I would like to have students read and respond (by which I mean respond, not edit or critique) to each other, hoping they will be able to go beyond their own experiences by reading those of others, and then using those experiences to possibly reframe their own (and their own conceptions of themselves as writers).

I have done this before—students are interested in reading about others’ experiences and comparing them to their own.  It’s very important in this kind of writing that the back and forth between writers be a serious communicative exchange, not a collaborative effort to help each other improve their essays to turn in for a grade (what I have been calling fake writing—I think that any writing turned in for a grade is fake writing). 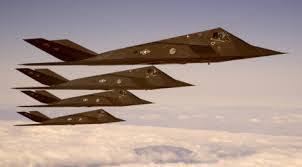 For the second “essay” (and we must remember that an essay, in Huxley’s words–plagiarized from Toynbee [I think]–is “just one damn thing after another”), I would like to have the students writing an essay moving toward generalizations of students’ school writing experiences and consequent attitudes towards writing. I’m using this as an occasion to naturalize research by asking the students to google search information on student writing experiences and consequent attitudes toward writing. And then finally, I would like to have them use library databases to see whether they can find any interesting articles on the same subject—non-academic ones preferably.
This is a long preface to a note that I wrote below in response to a teacher who wanted to know a little bit more about what lay behind this kind of research, generalizing, and writing experience. I’m just writing it down here mostly to keep track of what I had in mind.
==============
Hello _____
In response to your question about what kinds of things students should be reading when they are preparing to do secondary research in the unit leading up to Paper #2, let me suggest the following:
There are three kinds of sources:
I think it’s interesting to get the students to look at the different kinds of “other” sources. The important point: other students are VERY important sources of information. When I think of bringing other voices into our own texts (as I did by including parts of your query), students should begin by citing their classmates, finding ways to say, Jessica said ” . . . . . .  and so on”.  You can make the Works Cited as formal or informal as you want it.
The important point is to have the student compare his or her experiences to her classmates’ experiences and more or less naturally synthesize and generalize without making a big deal out of it, something like, “I am really surprised that out of the 19 students in this class, 12 of them have written in journals and 5 others have wanted to.  I thought I was the only one who keeps a private journal, in spite of the time my jerk of a brother . . . “
Along the same line–it’s important for students to first describe their own experiences, then read others’ experiences, and then rethink (and actually, reform) their own experiences in light of what they have learned from others (this might be called critical thinking).
=====
I might rewrite this later, but right now I just wanted to get it down. I’m really arguing for a seamless connection between the writers and others, and between the three kinds of sources I have described above: classmates, bloggers, and published writers. Our culture, for strange reasons, tries to insert wedges between categories like these, between me and the people I know.

Needless to say, grades are a great wedge.